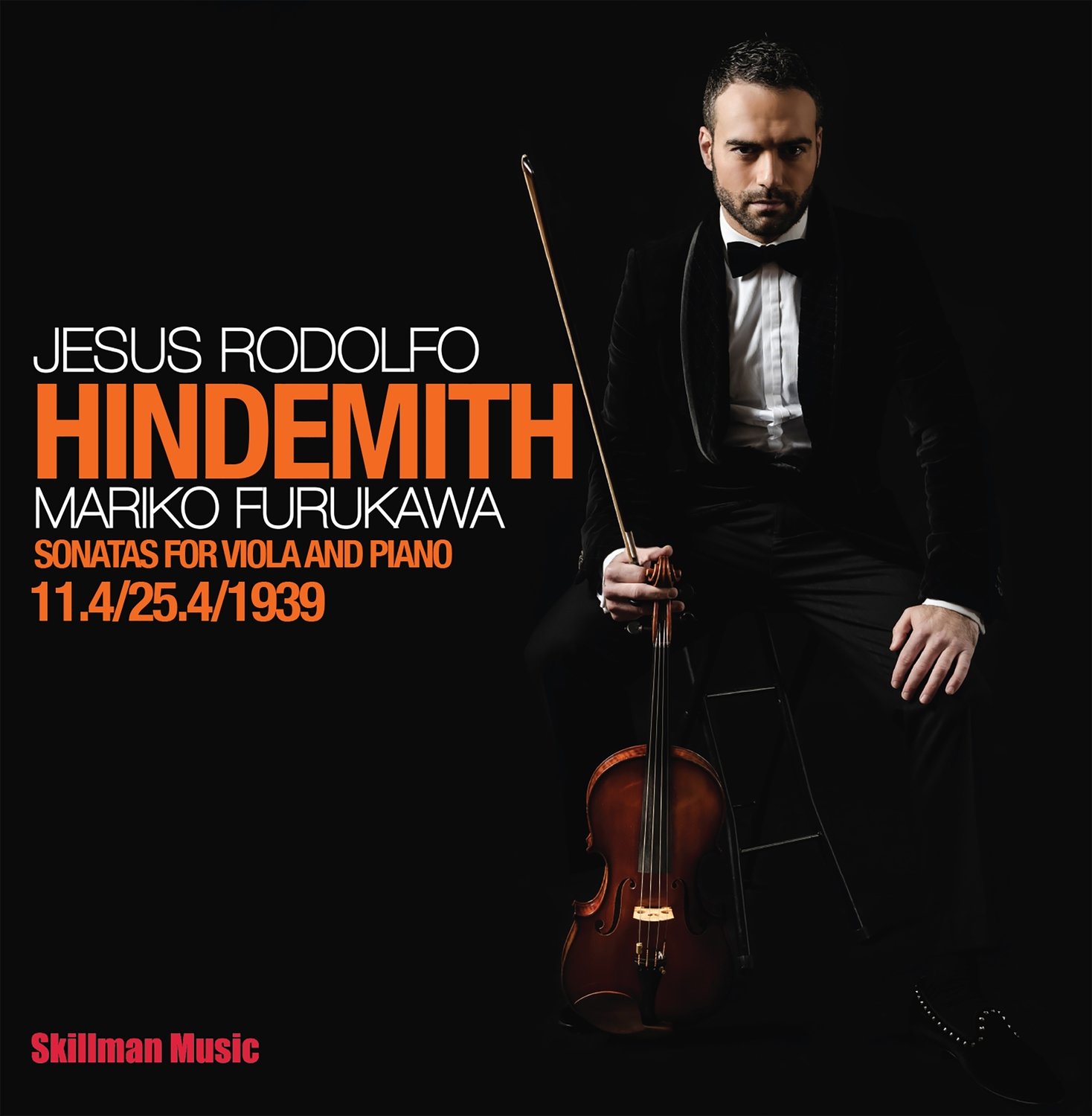 First 100 orders will be signed by the artist!

Twenty-nine year old Spanish violist Jesus Rodolfo Rodriguez is widely recognized for his performances, which combine the spontaneity and fearless imagination of youth with the discipline and precision of a mature artist. He has been praised by the New York Times, Digest, as "... Jesus Rodolfo is a star whose light transcends the stage...” his authority over the most complex technical demands of the repertoire as well as for the depth of his musical insight made his stand among the top young musicians in the world.

After joining the Gustav Mahler Jugendorchester (GMJO) in 2008, Rodolfo became its Principal Violist and Soloist in 2010. With the GMJO he has performed in Switzerland, Germany, Austria, Luxemburg, Italy, Greece, Hungary, Liechtenstein, Spain, in halls such as the Musikverein of Vienna, AlteOper of Frankfurt, Alte Oper of Luxemburg, Teatro Verdi of Pisa, Auditorio Nacional of Madrid, Teatro San Carlo of Naples, and Megaron of Athens, among others. Some notable conductors who he has performed under are Claudio Abbado, Antonio Pappano, Herbert Blomstedt, Ingo Metzmacher.

Rodolfo made his debut as a Solo Violist at the age of 13 in the Auditorio Principe Felipe of Oviedo, Spain. Since then he has had numerous critically acclaimed performances with orchestras such as the Gustav Mahler Jugendorchester, Mannes Orchestra, Bratislawa Chamber Orchestra, León Symphony Orchestra “Odón Alonso”, Youth Asturias Symphony Orchestra, Gijón Simphony Orchestra, Yale Philharmonia, under conductors such as Claudio Abbado, David Afkham, David Hayes, Marzio Conti, Dorel Murgu, Jean Stanienda, Shink Han, Óliver Díez, among others and has appeared in major concert halls throughout Europe, China and the US.

Jesús began his studies at the age of 7 with Violist Wieslaw Rekucki Krupa, followed by study at the Conservatorio Superior de Musica “Eduardo Martinez Torner de Oviedo,” where upon graduation he was awarded the prestigious Honorary Diploma. Since then he studied Certificate in Performance, Master of Music, Artist Diploma and Professional Studies Certificate at Yale University, Juilliard, Mannes College of Music, Manhattan School of Music and currently pursuing his Doctoral Music Arts Degree at Stony Brook University. His main mentors are: Jesse Levine, Paul Neubauer, Nicholas Cords and Lawrence Dutton.

Jesus Rodolfo Rodriguez is fluent in English, Spanish, Italian and French, and holds a Degree in Piano and Architecture.

Save this product for later